Access to our 4D Theater Presentations are included with your General Admission ticket.

To view the show you will need to make a reservation on the day of your visit for one of the times that fits best into your visit.

To reserve your seats for the 4D Theater click on the button below on the day of your visit.

Dive beneath the surface to explore our planet’s oceans

Dive beneath the surface to explore our planet’s oceans and one of the most captivating creatures that dwells there: the octopus. Discover how this eight-tentacled wonder masters physical and mental strengths to outwit and escape its underwater rivals including the pyjama shark and sally lightfoot crab. Wave after wave of excitement reveals extraordinary octopus behaviors and dynamic oceanic landscapes in this special effects experience inspired by the critically-acclaimed BBC series, Blue Planet II.

The BBC and BBC Earth are trademarks of the British Broadcasting Corporation and are used under licence. BBC logo © BBC 1996. Photography ©Kondratuk Aleksei/Shutterstock; ©littlesam/Shutterstock; ©Greg Amptman/Shutterstock.

Time: Typically playing for all shows on the top of the hour 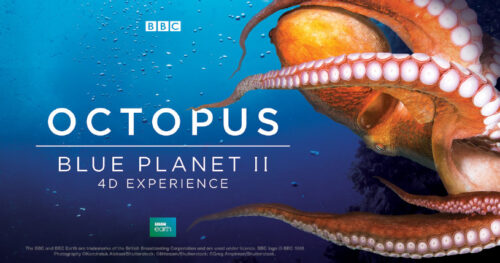 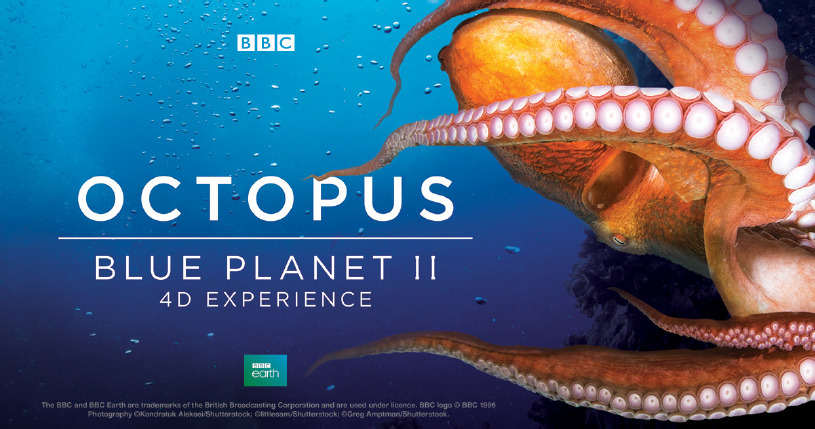