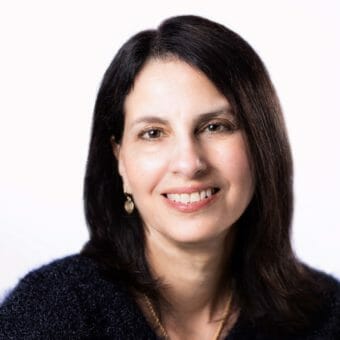 Debbie Campbell, Senior Vice President of Marketing and Communications at Georgia Aquarium, is responsible for driving attendance, as well as creating and expanding the revenue streams that enable the Aquarium to contribute to research and conservation efforts for animals. She oversees the marketing and promotions, public relations, digital media, and audio visual and graphics departments at Georgia Aquarium.

Campbell’s career as a marketing professional spans over three decades. Well-known and highly regarded in the retail, hospitality and franchising industry, she has played a leadership role in developing highly successful brands, and fully integrated marketing and advertising programs and service cultures. Campbell began her career with the nationally franchised brand, Days Inns of America and quickly advanced to vice president of guest services.

Prior to Georgia Aquarium, Campbell served as vice president of marketing and branding for Foot Solutions, Inc., an Atlanta-based retail health and wellness comfort footwear franchise concept with over 170 stores globally.

Previously, Campbell served as senior vice president of marketing for Atlanta-based U.S. Franchise Systems, Inc. (formerly USFS on the Nasdaq), franchisor of two international hotel chains – Microtel Inns & Suites and Hawthorn Suites, a Global Hyatt Affiliate – which became a wholly owned subsidiary of Wyndham Worldwide. She was a key player in this start-up company as it ramped up from 27 hotels to more than 500 open and under development worldwide. Campbell also served as a member of the USFS Operating Committee, USFS Executive Committee, key liaison to two Franchise Advisory Councils, and liaison to advertising and marketing agencies.

In addition to her marketing responsibilities, Campbell headed up national accounts. Campbell was also instrumental in the successful launch of the new Microtel and Hawthorn guest room and lobby designs, as well as the launch of new, contemporary bedding initiatives for both brands.

Under her tenure, Microtel was the recipient of an unprecedented seven consecutive J.D. Power and Associates awards. No other hotel brand has achieved this recognition, much due to Campbell’s contributions to creating an exceptional service culture.

Prior to her tenure at USFS, Campbell was vice president of marketing for Cendant, formerly Hospitality Franchise Systems (HFS) and the hotel industry’s largest franchisor. She oversaw special events marketing, and executed and planned large annual international franchise conferences and incentive meetings for the hospitality division, and its Ramada Inns, Howard Johnson, Days Inns, Super 8 Hotels and Park Inns hotel brands at significant cost savings to the company.