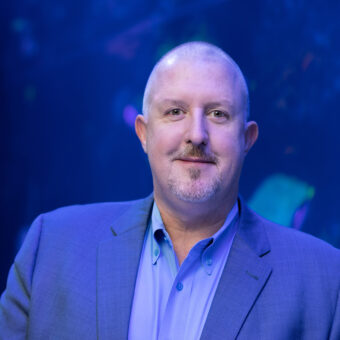 Dr. Dove obtained his PhD from the University of Queensland, Australia in 1999, studying invasive freshwater fishes in Australian lakes and rivers. After moving to the USA in 2000, Dr. Dove held positions at the Wildlife Conservation Society (New York Aquarium), Cornell University, Stony Brook University and Columbia University, studying various aspects of the health of marine life.  He joined the Georgia Aquarium team in 2006.  He currently serves on the council of the World Association of Zoos and Aquariums (WAZA) as chair of the Aquariums Committee, and is Vice Chair of the Wildlife Conservation Committee of the Association of Zoos and Aquariums

He has published over 75 scientific articles, several book chapters, and is the author and co-editor of the book Whale sharks: biology, ecology, and conservation. He is an adjunct faculty member at Georgia Institute of Technology (Biology), Georgia State University (Neurobiology), and UGA (Anatomic Pathology).  Dr. Dove is a passionate science communicator and a compelling public speaker. He presented at TEDxPeachtree in 2015, was the Keynote speaker at the 2019 NCUR conference, and has been a contributor and associate editor for DeepSeaNews.com. He actively engages the public about marine science and conservation from his main Twitter account @DrAlistairDove.