Back to All Animals
This species of sea lion is often seen in large groups along the coasts of the eastern Pacific from Prince William Sound, Alaska to the southern tip of Mexico. California sea lions are social animals that communicate with various barks, growls, honks and clicks. Their sleek bodies, powerful flippers and excellent vision allow this species to hunt a variety of prey such as squid, anchovy, rockfish, whiting and mackerel.

Bring the memories home with you! Stop by our gift shop for all your sea lion gifts or shop online here. 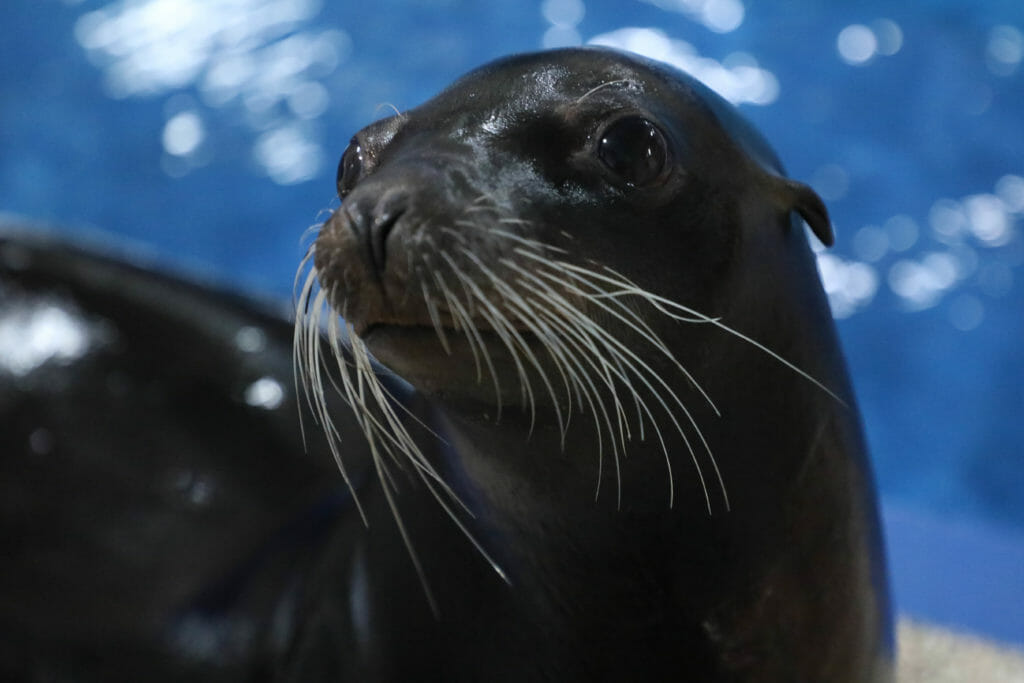 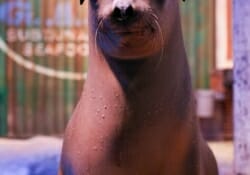 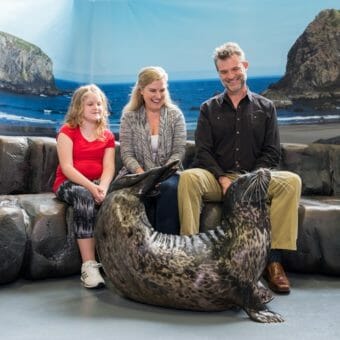 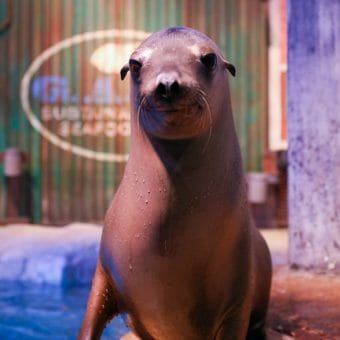 With our unique Seal Lion Encounter, you'll go behind the scenes and enjoy 30 minutes with our seal lions in their Aquarium home. 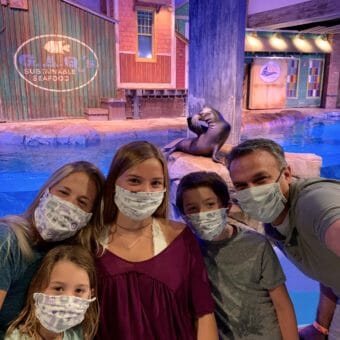 With our unique Sea Liosn Up Close program, your group will get a unique, up-close, but socially distant interaction with our charismatic sea lions. 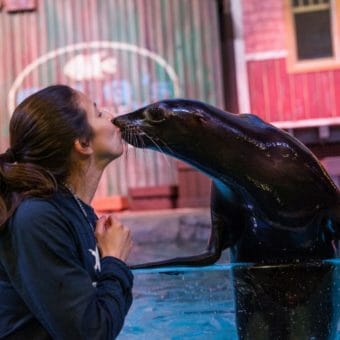