Back to All Animals
This small, distinctive penguin is found on the rocky coasts of Southwestern Africa, in the countries of Namibia and South Africa. They feed exclusively on marine species, mainly fish and squid. Hunting involves venturing from shore, sometimes as far as nine miles off the coast, and swallowing food whole. After hatching, an African penguin chick will be fed by its parents for as long as three months.

African penguins have a layer of blubber underneath their skin.

Bring the memories home with you! Stop by our gift shop for all your penguin gifts or shop online here. 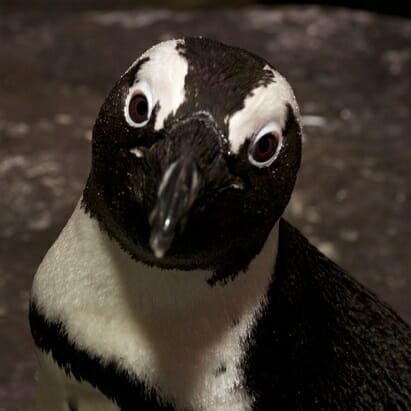 Artists come in all different shapes, sizes and species! For the first time, you can purchase a unique piece of art that serves as an incredible conversation piece, or an unforgettable gift. Pieces are created by our animals getting in touch with their inner artist during one of their favorite types of enrichment – painting! Learn more here. 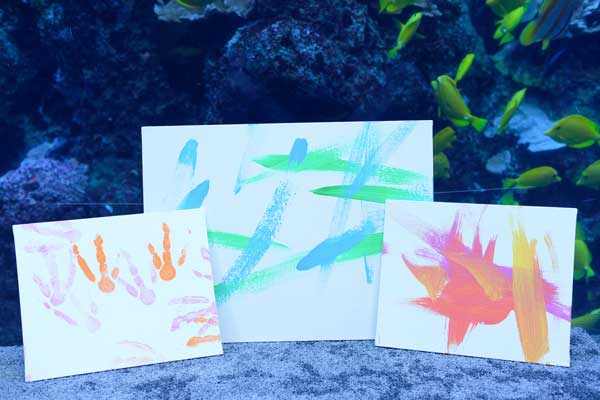 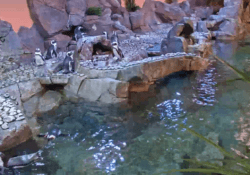