We are proud to welcome two rescued sea lion pups into our care at Georgia Aquarium. These pups are survivors of California’s current unusual mortality event (UME), which has left more than 3,000 starving sea lions along California’s beaches this year alone. Despite multiple attempts by marine mammal centers to rehabilitate these young sea lions for release back into the wild, many pups continue to wash ashore and are deemed non-releasable by the National Oceanic and Atmospheric Administration (NOAA Fisheries). When an animal is not fit to be released, NOAA Fisheries, along with the zoological community, finds homes for them. Two pups that were affected by the UME and that were deemed unreleasable are now being welcomed into our permanent care at Georgia Aquarium.

The sea lions, ranging from just one year old to two years old were safely transported from California to Georgia Aquarium in early August 2015. The two-year-old male sea lion was rescued three times at different marine mammal centers in California, and the one-year-old male was rescued two times and was observed approaching people and taking food, deeming them both non-releasable. Both pups were found malnourished and underweight after each rescue, but they are now acclimating well to their new environment in a private area of the aquarium. In the spring of 2016, these young sea lions will find a permanent home in Georgia Aquarium’s new sea lion gallery presented by SunTrust (now Truist), where they will help to inspire and educate the public about issues facing animals in the wild. 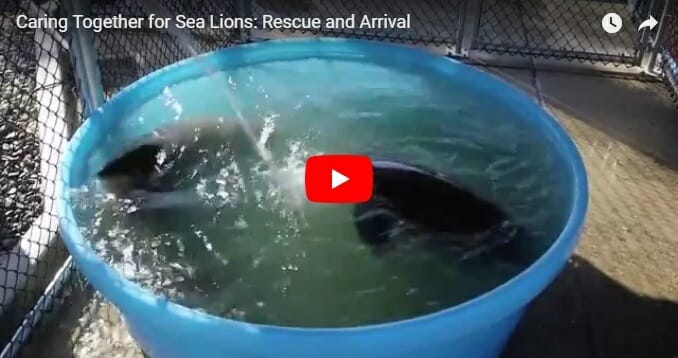