ATLANTA (March 7, 2019) – Georgia Aquarium and Atlanta Brewing Company continue their partnership with the release of Whale Shark IPA. The Atlanta organizations have teamed up to create various beers over the past few years with proceeds going to support the Aquarium’s research and conservation efforts.

Atlanta Brewing Company has decided to go with an IPA for the re-release of the Whale Shark beer this year. Whale Shark IPA uses Calypso and El Dorado hops to give big flavors of tropical fruit, berries, and melon. “These hops were used in past iterations of Whale Shark as a wheat beer, and we felt that these beautiful fruit, forward hops would work perfectly for an IPA,” said Gavin McKenna, Director of Brewing Operations at Atlanta Brewing Company.

“We are extremely excited to be the exclusive restaurant provider of Whale Shark IPA,” said Barbie Giusto, Buffalo Wild Wings District Manager. “We’ll serve a great beer while bringing awareness to Georgia Aquarium and all they do for the research and conservation efforts of all marine life.”

Georgia Aquarium has conducted international whale shark research around the world, including Mexico, the Galapagos Islands and St. Helena Island. In 2016, the global whale shark population moved from Vulnerable to Endangered on the International Union for the Conservation of Nature (IUCN) Red List. There is much to be learned about the world’s biggest fish. The Aquarium’s research has helped complete the mapping of the first whale shark DNA genome using blood drawn from whale sharks at Georgia Aquarium.

“We are excited to once again partner with this Atlanta based organization to create a unique beer while highlighting the important research and conservation efforts of the Aquarium,” said Hiroshi Okuda, Senior Director of Strategic Marketing and Corporate Partnerships.

Atlanta Brewing Company strives for sustainability and allows Georgia Aquarium a unique outlet to highlight their research and conservation efforts. Kick off spring with this local brew in hand while supporting these Atlanta organizations.

For more information on whale sharks check out our Animal Guide

Atlanta Brewing Co was founded in 1993 at a time when there were only 200 or so microbreweries throughout the country. It has weathered 25 years in Atlanta, and are proud to be the oldest brewery in the state. With a focus on quality control and brewing innovative beers, Atlanta Brewing Co looks forward to serving the city it loves for another 25 years.

Georgia Aquarium is a leading 501(c)(3) non-profit organization located in Atlanta, Ga. that is Certified Humane by the American Humane Association and accredited by the Alliance of Marine Mammal Parks and Aquariums and the Association of Zoos and Aquariums. Georgia Aquarium is committed to working on behalf of all marine life through education, preservation, exceptional animal care, and research across the globe. Georgia Aquarium continues its mission each day to inspire, educate, and entertain its millions of guests about the aquatic biodiversity throughout the world through its hundreds of exhibits and tens of thousands of animals across its seven major galleries. For more information, visit www.georgiaaquarium.org

Buffalo Wild Wings, founded in 1982, is the largest sports bar brand in the United States. Globally, there are more than 1,200 restaurants in 10 countries. Buffalo Wild Wings is part of the Inspire Brands family of restaurants. For more information, visit BuffaloWildWings.com and InspireBrands.com. 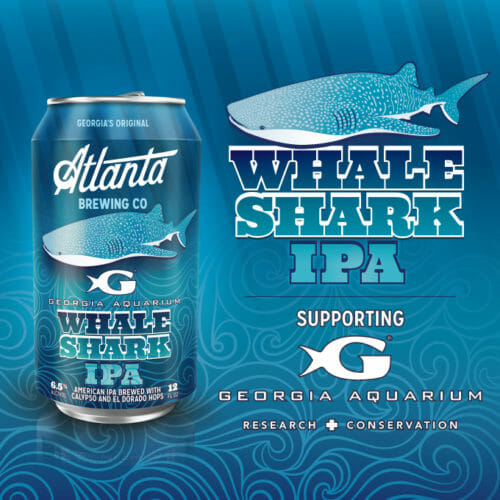