The UPS Foundation’s continued generosity will allow teams of biologists to travel throughout the year to the Florida Keys National Marine Sanctuary and re-plant critically endangered Staghorn and Elkhorn coral fragments onto the degraded Molasses Reef.  Over the past four years, hundreds of fragments have been re-planted, coral spawn has been collected to strengthen genetic diversity through sexual propagation techniques, and a ‘bank tank’ was constructed at the Aquarium to hold coral samples.

Established in 1951 and based in Atlanta, Ga., The UPS Foundation identifies specific areas where its backing clearly impacts social issues. In support of this strategic approach, The UPS Foundation has identified the following focus areas for giving: volunteerism, diversity, community safety and the environment.

In 2017, UPS and its employees, active and retired, invested more than $118 million in charitable giving around the world. The UPS Foundation can be found on the web at UPS.com/foundation. To get UPS news direct, visit pressroom.ups.com/RSS.

“The UPS Foundation is honored to support the Georgia Aquarium’s coral conservation efforts,” said Eduardo Martinez, president of The UPS Foundation and chief diversity and inclusion officer at UPS. “Our goal is to fund powerful programs that make a lasting difference to the global community.” 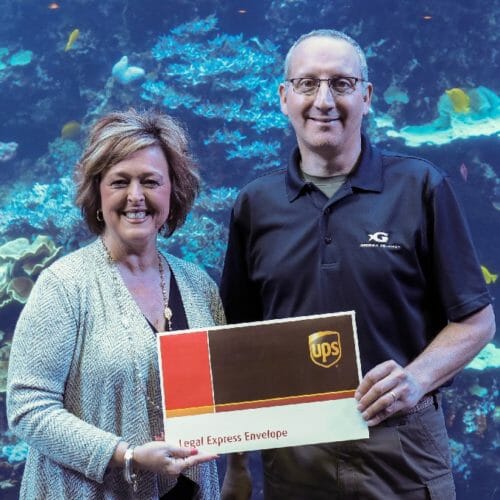