Back to All Animals
A broad snout and a top jaw that overlaps the lower jaw and teeth are characteristics that distinguishe American alligators from their crocodile cousins. American alligators inhabit a wide range of habitats in the Southeastern U.S. and consume nearly any prey that comes within range. This species practices parental care, and females will protect the hatchlings for a year or more from predators, particularly dominant male alligators

Bring the memories home with you! Stop by our gift shop for all your marine life gifts or shop online here. 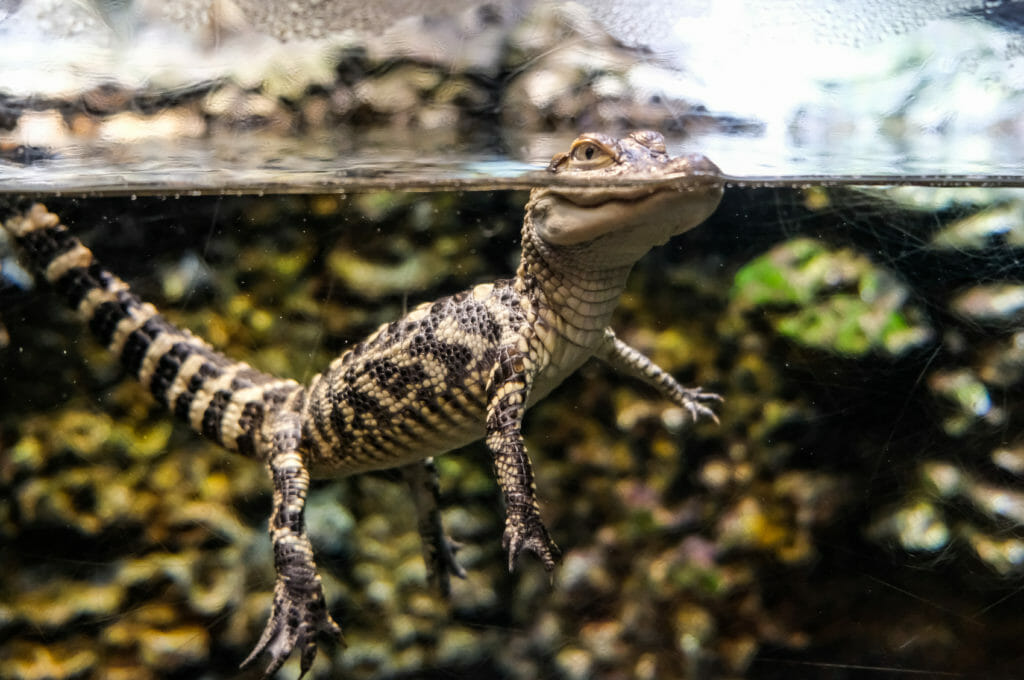 Help Us Welcome the American Alligator
The largest reptiles in North America, American Alligators, are native to freshwater rivers, lakes, swamps and marshes in the southeastern U.S. — and now they also call Georgia Aquarium home.
See Them Swim, Swipe & Snap for Yourself