Recently, Georgia Aquarium has partnered with the Species Survival Commission of the International Union for the Conservation of Nature (IUCN) to become a Center for Species Survival.

A Center for Species Survival is defined as:

We are the only American aquarium and one of only three United States facilities to be Centers for Species Survival. 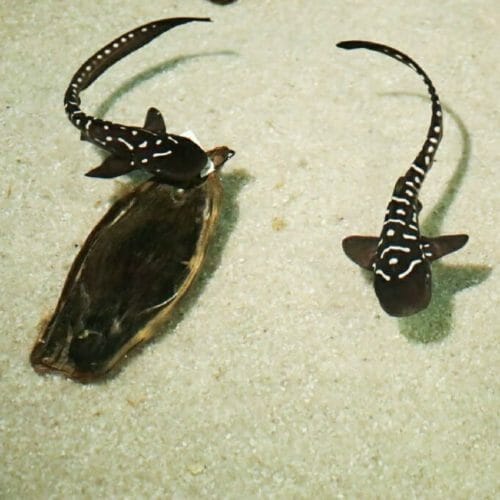 "Georgia Aquarium will continue to commit our scientists and animal care experts to the SSC’s critical work to save species, from innovative strategies to effective on-the-ground action.”

The Aquarium, one of just three such Centers in the United States, was tapped for its expertise in marine species conservation. It will contribute knowledge, experience, and capacity to global plans to save wildlife. The work of the Center includes collaboration with conservation organizations, field scientists, academics, and government officials.

The Center will work in partnership with the IUCN SSC, the largest of the IUCN’s six expert commissions and made up of more than 10,000 conservationists worldwide. The CSS partnerships recognize that accredited zoos and aquariums have critical data and expert knowledge resulting from years of caring for endangered species and engaging with visitors.

“These new IUCN SSC partnerships have great potential to reverse the staggering decline in wildlife and plants around the world,” said Dr. Alistair Dove, Vice President of Science and Education at Georgia Aquarium. “After decades of caring for endangered species, accredited zoos and aquariums have a wealth of data and expertise and sharing knowledge this way is a resourceful approach that will greatly advance conservation planning. Georgia Aquarium will continue to commit our scientists and animal care experts to the SSC’s critical work to save species, from innovative strategies to effective on-the-ground action.”

Many organizations, including Georgia Aquarium, are doing extensive conservation work. These new partnerships help that work become a more structured part of the global conservation community, unifying under One Plan to assess, plan and act to reverse negative wildlife trends.

This sharing of experience and knowledge builds cooperation and reduces redundancies on projects and allows the IUCN to share conservation information with millions of people who visit zoos and aquariums each year.

As a CSS, Georgia Aquarium’s work will include:

Georgia Aquarium has volunteered critical resources to the IUCN SSC for years. One of its researchers, Katelyn B. Herman, is a trained Red List Officer, helping lead extinction risk assessments. As part of the IUCN’s Shark Specialist Group, Herman worked on The Global Shark Trends Project, which recently concluded a multi-year assessment that found shark, ray, and chimaera populations have declined 71 percent in the past 50 years.

“Georgia Aquarium has been at the forefront of aquatic science for years, making important breakthroughs for marquee marine species. These Centers will be vital to coordinating conservation knowledge and developing plans to save species threatened with extinction,” said Dr. Brian Davis, President and CEO of Georgia Aquarium. “Our commitment to protecting our ocean is unwavering.”

Georgia Aquarium conducts conservation work both at its facility and in the field around the world. One current project involves the reintroduction of endangered zebra sharks to their home range in Raja Ampat, West Papua, Indonesia. Other projects have included conservation and rescue work for whale sharks, African penguins, Atlantic bottlenose dolphins, manta rays, beluga whales, spotted eagle rays, sea lions, and corals.

“The IUCN SSC believes strongly in the unique role that accredited zoos and aquariums must play in saving species, spanning breeding, husbandry, veterinary care, public engagement, fundraising, research and much more,” said Dr. Kira Mileham, IUCN SSC Strategic Partnership Director. “We are working hard to establish these new partnerships between individual zoos and aquariums, SSC specialist groups, taxon advisory groups, and species conservation programs around the world, so that together we can ensure a more optimistic shared future for people and wildlife”.

Other Centers within the United States include the Global Center for Species Survival (GCSS), based at the Indianapolis Zoo in Indiana, and the Center for Species Survival: New Mexico at the Albuquerque Biopark, New Mexico. The GCSS, created in October 2019, works closely with all the SSC’s global Species Specialist Groups and employs experts that focus on freshwater, marine, plants, fungi, invertebrates, mammals, amphibians and reptiles, and birds.

Despite its name, the zebra shark is only striped as a juvenile.