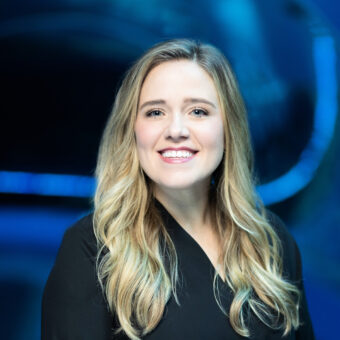 Katelyn Herman is the Project Manager for the cooperative agreement manta ray study between the Georgia Aquarium and the Bureau of Ocean and Energy Management.  Prior to this position, she was a Project Coordinator for Georgia Aquarium Research & Conservation.  She assumed this position in 2016 to assist with projects for Georgia Aquarium’s research portfolio.  Her job included a variety of skills including data collection, data management, GIS, permitting, and fieldwork.  Prior to starting with Georgia Aquarium, Katelyn received her B.S. in Biology from the University of Georgia in 2012, and her M.A. in Marine Conservation and Policy from Stony Brook University in 2016.

On behalf of the aquarium, she worked in partnership with the International Union for the Conservation of Nature (IUCN) Shark Specialist Group (SSG).  She joined the SSG in 2017 to work on the Global Shark Trends Project, which assessed the extinction risk of 1,250 species of sharks, rays, and chimaeras by 2020.  In addition to her IUCN work, Katelyn worked hands on with all aspects of Georgia Aquarium research, including their ongoing whale shark, manta ray, bottlenose dolphin, zebra shark, and predatory shark projects.

Prior to working at Georgia Aquarium, Katelyn worked as a research assistant at Stony Brook University and as a marine naturalist in Hawaii and Alaska.  Her work at Stony Brook focused on establishing a photo-identification catalogue for Weddell seals, and whether this species can be reliably photo-IDed pre and post molting.  As a marine naturalist, Katelyn led educational whale watching and snorkel trips from Juneau, AK and Maui, Hawaii.