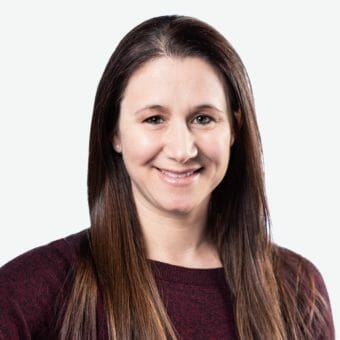 As the director of zoological operations/ animal training – dolphins, Lisa Bodechon oversees the daily care and wellbeing of 12 common bottlenose dolphins and is responsible for the growth and development of a team of 25 animal trainers, providing the highest quality of care for the dolphins at the Aquarium.

Since 1999, Bodechon has been fulfilling her childhood dream of caring for dolphins. She loves educating and entertaining the public about these amazing marine mammals and does so daily through presentations and encounter programs. When Georgia Aquarium decided to bring dolphins to Atlanta in 2010, Bodechon was part of the leadership team who developed the program.  This amazing feat brought 12 common bottlenose dolphins to Atlanta from other accredited aquariums around the world.  Bodechon led a team of trainers who acclimated, trained, and cared for these animals resulting in daily guest presentations and encounter programs.  The mission is to influence and motivate our visitors to make lasting connections to the animals and support their protection in the wild.

One of Bodechon’s favorite experiences working at the Aquarium was when she participated in the National Pediatric Cancer Foundation’s Fashion Funds the Cure fashion show in Atlanta. Bodechon supported a 10-year old cancer survivor who also had dreams of becoming a dolphin trainer. Not only did Bodechon participate in the fashion show with the little girl, she shared what it is like to be a dolphin trainer during an exclusive behind-the-scenes dolphin encounter at the Aquarium.

Prior to her work at Georgia Aquarium, Bodechon has worked at several aquariums around the country.  Her most animal training experience was serving as the assistant supervisor of animal training at the Miami Seaquarium.  Bodechon spent over a decade at this facility caring for a variety of different species of marine mammals.  While at Miami Seaquarium, Bodechon oversaw the dolphin training specific to reproductive sciences which has led to successful artificial insemination at zoological facilities nationally.

Having presented on numerous zoological topics at the annual International Marine Animal Trainer’s Association (IMATA) conference, Bodechon served as a member of the IMATA accreditation committee from 2013-2016. Bodechon is also a member of the Association of Zoos and Aquariums (AZA).

Bodechon received her undergraduate degree in marine sciences from Kutztown University of Pennsylvania.