n Tuesday, April 10, more than 10,000 critically endangered radiated tortoises (Astrochelys radiata) were discovered by local police in a non-descript private residence in Toliara, Madagascar. The floors of virtually every room in the house were covered with tortoises that had no access to food or water. As of Friday, April 13, hundreds had died from dehydration and illness. Experts from the Turtle Survival Alliance (TSA) and several zoos and aquariums have been dispatched with medical supplies, and will administer medical care for the sick or injured tortoises and general animal care.

It is not known how long the tortoises have been in the home, some arrests have been made, the local police in partnership with Directeur Regional de l’Environment, de ‘Ecologie et des Forets (DREEF), the conservation law enforcement authorities in Madagascar, continue their investigation.  It is believed that the tortoises were collected for the illegal pet trade, possibly for shipment to Asia where the tortoises’ highly-domed shell featuring a brilliant star pattern makes them highly prized.  It is estimated that Radiated Tortoise populations in the wild have declined more than 80 percent in the last 30 years. At this rate of decline, it is estimated that the Radiated Tortoise could be functionally extinct in the wild in less than two decades.

Currently, triage efforts are being led by a five-member team from the Turtle Survival Alliance’s (TSA) Madagascar staff, Durrell Wildlife Conservation Trust, and Villages des Tortues, who have been working non-stop after relocating the surviving tortoises 18 miles north at SOPTOM-Villages des Tortues, a 17-acre private wildlife facility in Ifaty.  While there, each tortoise will receive initial in-processing, health evaluations, hydration and triage.

“We are in ‘an all hands on deck’ mentality right now.” said Hudson. “Fortunately, due to our strong relationship with the zoo community the TSA is well positioned to respond to crises such as this.”

Given the scale of the rescue efforts, TSA expects to send additional teams of veterinary experts from the United States to Madagascar over the coming weeks and months.

“The support we continue to receive from the global conservation community has been incredible, and we are extremely thankful for the multitude of individuals and organizations that have come forward with donations and supplies.” said Hudson.  “Yet, the long-term financial impacts to our Madagascar program is potentially crippling.”

Currently, the best way for the public to assist the TSA in their rescue efforts is to  make a tax-deductible donation to the Turtle Survival Alliance Foundation, which can be made online at www.turtlesurvival.org/donate. Additionally, any zoological institution, private veterinary practice, husbandry technicians, or additional support personnel interested in assisting can contact Andrew Walde, Chief Operations Officer, directly at awalde@turtlesurvival.org. 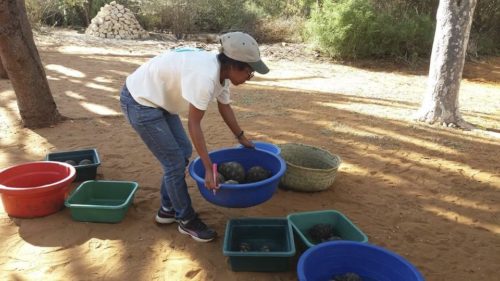