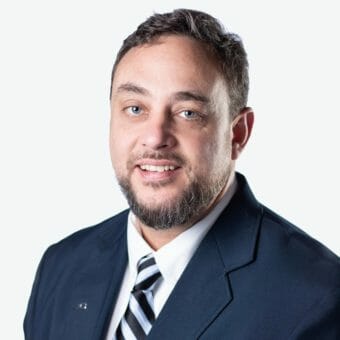 As the senior director of dive operations, Jeff Reid oversees Georgia Aquarium’s dive programs consisting of multiple departments and nearly 300 divers. He is in charge of dive training and safety, field dive operations, equipment and exhibit maintenance. Reid also oversees the Journey with Gentle Giants Program, which allows the public to swim and dive with the whale sharks, manta rays and hundreds of other fish within the 6.3 million-gallon Ocean Voyageur habitat.

Reid has been a member of the Georgia Aquarium team since 2005 where he began as a maintenance diver and grew his knowledge, experience and responsibilities in scientific and technical diving as well as dive program administration.

Prior to joining Georgia Aquarium, Reid served in the 2nd /75th Airborne Ranger Regiment of the U.S. Army. Following his service, he received a degree from the Diver’s Institute of Technology in Seattle then worked as a commercial diver for a marine salvage company in Dutch Harbor, Alaska.

Reid serves on multiple committees, including the Association of Dive Program Administrators (ADPA) and American Academy of Underwater Sciences (AAUS).