Georgia Aquarium revealed expansion plans for a new gallery featuring sharks — one of the most misunderstood species in the ocean — opened, October 23, 2020. An extension of the Aquarium’s conservation and education efforts, the new experience will help guests have a deeper appreciation for the important role sharks serve in the oceans and inspire them to join conservation efforts to protect our oceans.

The saltwater gallery will feature stunning floor to ceiling acrylic windows to give guests an up-close and personal view of these majestic animals. A name for the gallery will be released closer to opening. Potential shark species under consideration include hammerheads, sand tiger sharks, and sandbar sharks. 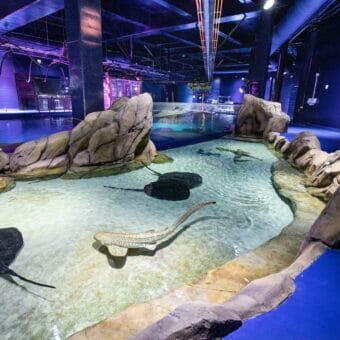 Suit up and get in the water with some of our sharks and rays in this animal interaction in our Sharks! Predators... 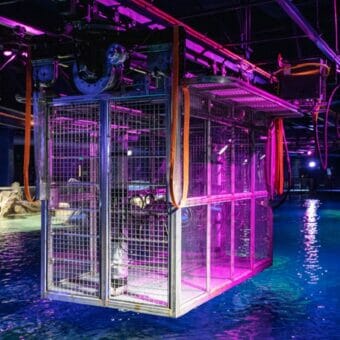 Venture into the deep with some of our most fearsome sharks in this animal interaction in our Sharks! Predators of the Deep®... 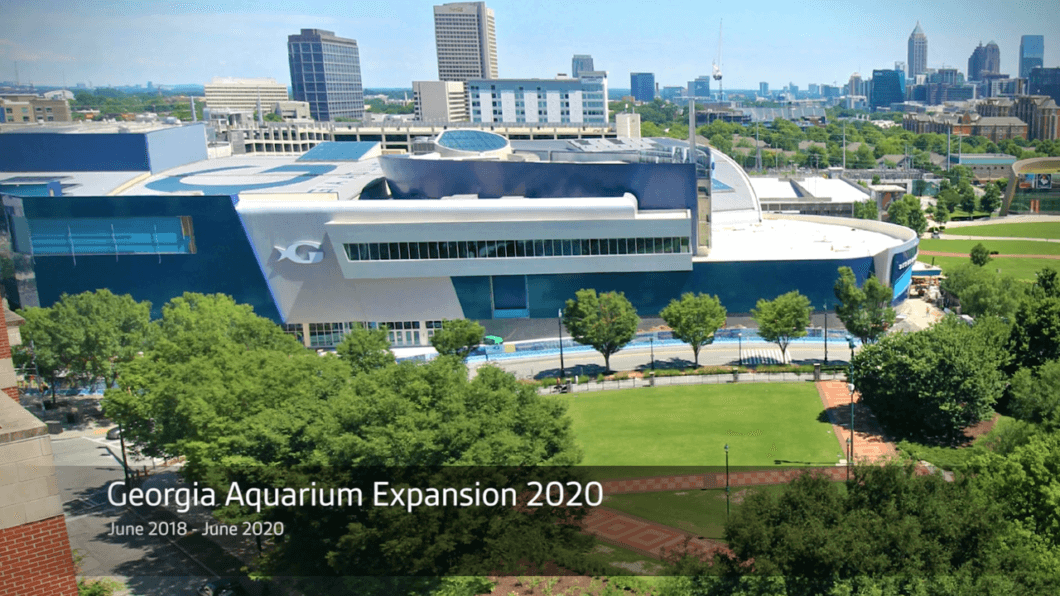 May 2003
Bernie Marcus, Mayor Shirley Franklin and the team broke ground north of Centennial Olympic Park in downtown Atlanta. The Coca-Cola Company donated the site, a nine-acre plot of land. The donated land was valued at $24 million.

November 23, 2005
Only 30 months after groundbreaking, Georgia Aquarium opened to the general public.

January 2006
Georgia Aquarium’s Learning Loop opened to school groups for a unique educational experience. The one-millionth guest walked through the doors just 98 days after opening. By the end of the first year attendance totaled 3.6 million.

July 24, 2008
The first manta ray exhibited in the US was introduced in Ocean Voyager built by Home Depot.

January 2011
Georgia Aquarium expanded with the acquisition of Marineland near St. Augustine, Florida. After extensive capital improvements, the modernized facility was renamed Marineland Dolphin Adventure. The Georgia Aquarium’s Conservation Field Station was an adjunct facility and a member of the southeast Marine Mammal Stranding Network.

April 2011
A major expansion project is completed in the form of the Dolphin Coast gallery, at the time known as AT&T Dolphin Tales. This 1.8-million-gallon gallery continues the Aquarium’s mission to provide educational and entertaining programs and inspire the public to understand and care about dolphins. The Aquarium has also become a primary leader in the internationally recognized Atlantic Bottlenose Dolphin Health and Risk Assessment Project (HERA).

January 2014
Georgia Aquarium expands again with the development of the Penguin Nursery. This new addition is created to aid in enhancing the Aquarium’s already successful African penguin breeding program.

March 2016
Georgia Aquarium opens its new dolphin presentation which replaces the original presentation in the Dolphin Coast Theater. The new presentation showcases the grace, power and beauty of this magnificent species and the unique, trusting relationships between trainer and animal.

Spring 2018
Georgia Aquarium announces plans for a major expansion to be completed in 2020.