Georgia Aquarium, which plays a crucial role in aquatic conservation throughout the world, opens its doors to Animal Planet’s global audiences with unprecedented access to the aquatic animals and inner-workings of the Western Hemisphere’s largest aquarium in an all-new series, THE AQUARIUM, which premieres Sunday, May 19th at 8PM ET / PT.  The series introduces and shares the stories of the amazing animals who call the 10 million gallons of water at the Georgia Aquarium home, including rescued southern sea otters, endangered African penguins, rescued California sea lions, and manta rays, among others.

THE AQUARIUM also documents Georgia Aquarium’s ongoing efforts to protect aquatic species in the wild,  traveling to their own backyard and across the world to help animals in need. In the premiere episode, a group of Georgia Aquarium staffers travel to Cape Town, South Africa to help rehabilitate African penguins and assist in the release of a group of penguins back into the wild.

Other animal stories this season include Pinkie, a geriatric thirteen year old Asian small-clawed otter with a reoccurring nosebleed, which the vet and animal care teams go to great lengths to diagnose and treat; a very curious rescued green sea turtle named Tank who investigates an upgrade to his habitat; three Harbor seals – Rose, Floyd, and Cerberus – who prepare to relocate to a temporary home within the Aquarium; a charming mismatched duo – Toby, the harbor seal and Hunter, the rescued California sea lion – who recently became roommates; and stories of the various fish residents such as jellies, piranhas and archerfish, known for their trait of shooting water from their mouths to knock prey insects into the water. 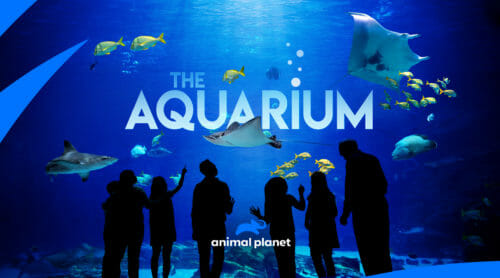