Atlanta Brewing Company, Georgia’s first craft brewery, and Georgia Aquarium created Puffin Chocolate Porter to celebrate the Aquarium’s newest exhibit, puffins. Puffins are pelagic seabirds, meaning they spend much of their time off-shore on the open sea, only returning to land for breeding and raising their chicks. They can be found in the Northern Pacific and Southern Arctic from the coast of Japan to Northeast Asia, and from Southern California to Alaska.

Georgia Aquarium is home to two of the three species of puffins: horned puffins and tufted puffins. Along with other species of seabirds, these adorable puffins were introduced to the public in January of 2018 with the unveiling of a new seabird habitat in the Aquarium’s Cold Water Quest Gallery. 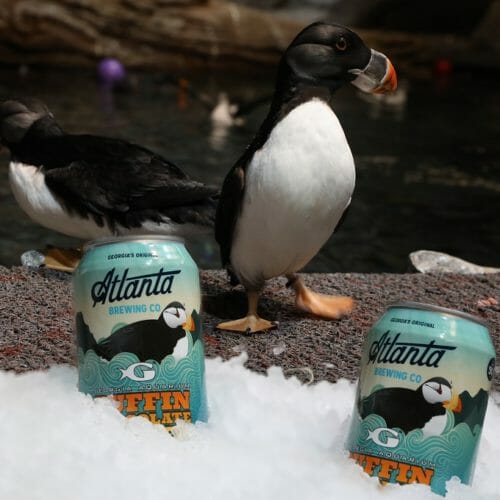